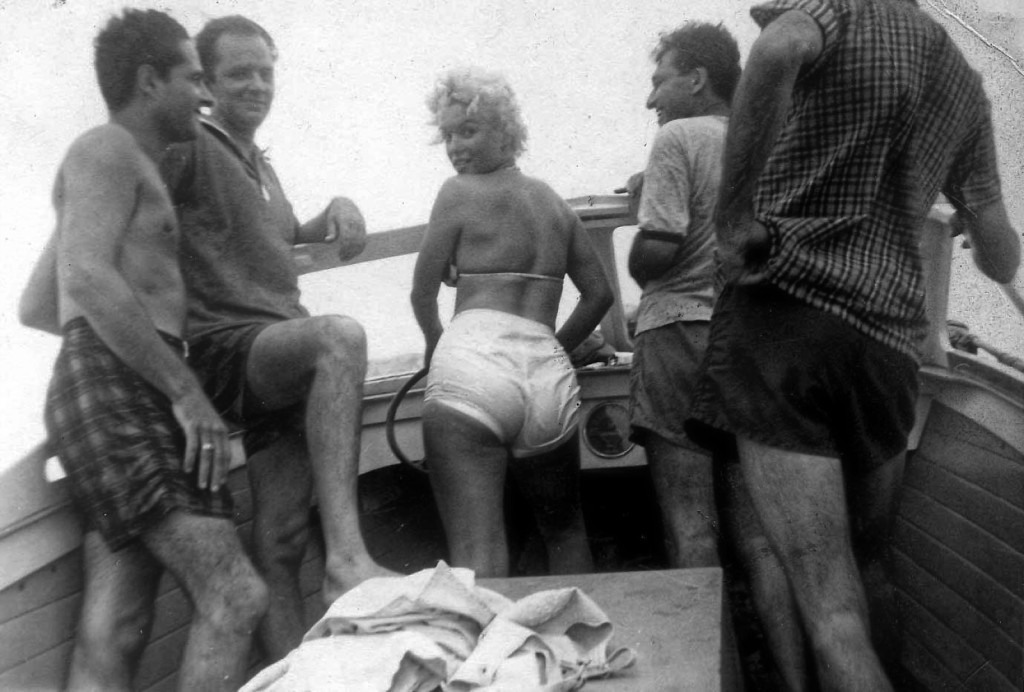 Marilyn Monroe with Norman Rosten and his friends | Long Island, 1955

Poet Norman Rosten and his wife, Hedda, accompanied Marilyn Monroe the last seven years of her life. In fact, as time went on she considered them to be her ‘best friends’. She met them when, after her divorce from Joe DiMaggio, she moved to New York. At the time when her affair with Miller was still a secret, they often met up at the Rosten’s home or in their country house in Long Island.

Follow FROLIXIAN.COM on WordPress.com
Join 22 other followers
I claim no ownership or copyright of any of the images posted which are, unless otherwise noted, were found all over the Internet and are assumed to be in the public domain. If I happen to violate any copyrights you might have, it is unintentional and noncommercial. If you are the owner of rights to a specific image and would like it edited or removed, please contact me. This is not a commercial blog.