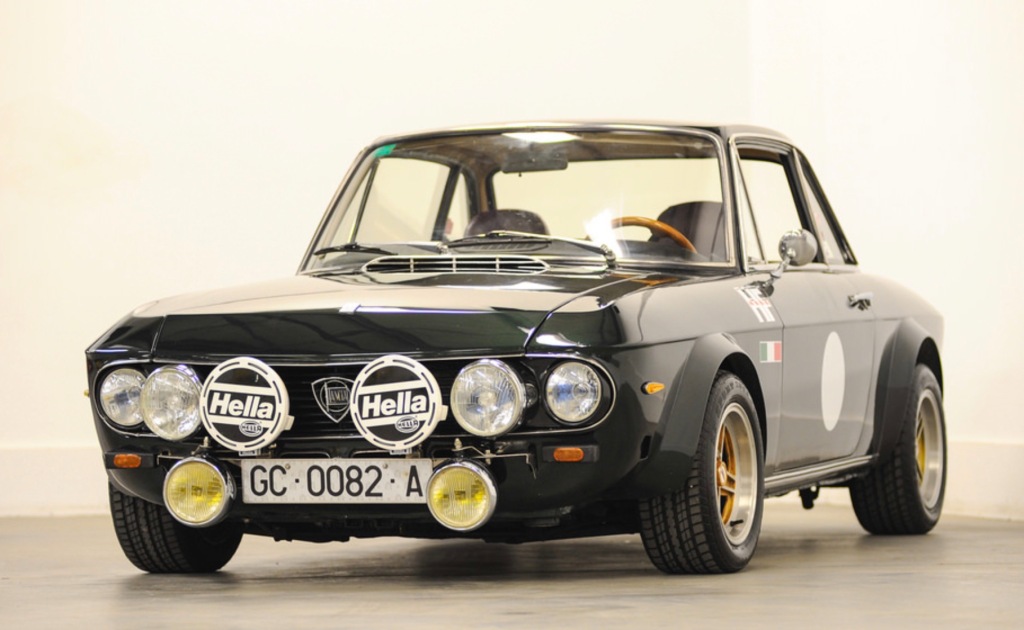 The Lancia Fulvia (Tipo 818) is produced by Lancia between 1963 and 1976. Named after Via Fulvia, the Roman road leading from Tortona to Torino, it was introduced at the Geneva Motor Show in 1963 and manufactured in three variants: Berlina 4-door saloon, 2-door Coupé, and Sport, an alternative fastback coupé designed and built by Zagato on the Coupé floorpan.

Fulvias are notable for their role in motorsport history, including winning the International Rally Championship in 1972.

This 1971 Lancia Fulvia 1.3s looks fantastic with the 1.6 HF style flares, markings and other add-ons which give the car a blend of aggression and elegance even if they promise a performance the little 1.3 liter V4 engine can’t deliver.