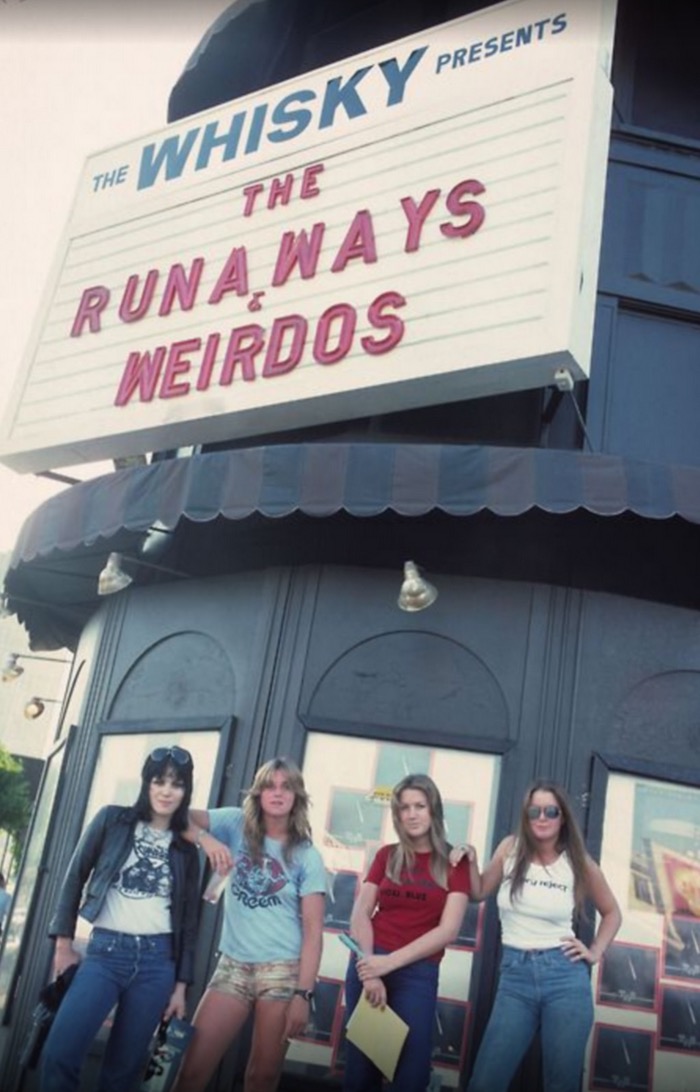 L.A. band the Runaways were the first teenage all-girl hardcore rock band. Guitarist/singer Joan Jett and drummer Sandy West were paired up first by manager Kim Fowley, and guitarist Lita Ford and singer Cherie Currie were all in the band by 1975. The bass player was ever-changing – there were 6 over the band’s 4 years including Vicki Blue, but the most permanent was Jackie Fox.

They released their first album in ’76, when no one in the band was older than 19.

They had broken up by 1979, but in the meantime had released 5 albums and established themselves as a punk-rock phenomenon, associating themselves with bands like the Ramones, the Sex Pistols, and Blondie. They’re known for ‘Cherry Bomb’, ‘Queens of Noise’, ‘Neon Angels’, ‘Born To Be Bad’ and ‘Rock’n’ Roll’.