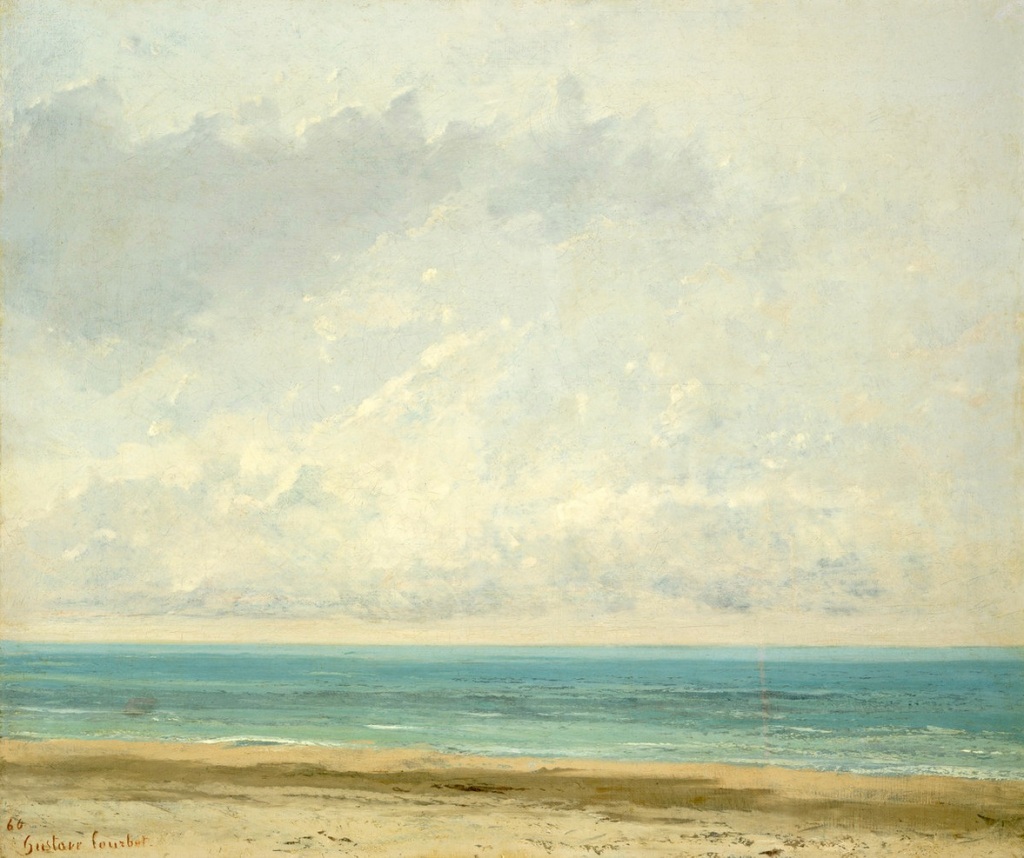 This view of calm waters seen from the coastline at Trouville, Normandy is on display at the National Gallery of Art in London. However, there is a similar version with a boat, painted by Courbet three years later in 1869 that is called ’The Calm Sea’ which is on display at The Metropolitan Museum of Art in New York.

In Courbet’s landscape oeuvre, the seascapes (of which he produced about thirty-five) have collected the most attention from critics, scholars, and fellow artists.  His seascapes fall into two major groups and were often titled accordingly as either ’marines’ or ’waves’. In both types, he includes the occasional boat, but they are nearly devoid of the human presence. They uniformly depict the sea at low tide and they represent calm seas with cloud-filled skies that convey a lyrical beauty of refracted light rather than the threat of stormy weather. The variations on the theme probe the edges of abstraction within the conventions of landscape, held firmly by the horizon line.

Based on: Courbet and The Modern Landscape by Mary Morton and Charlotte Eyerman, published by The J Paul Getty Museum in Los Angeles, in 2006

Follow FROLIXIAN.COM on WordPress.com
Join 23 other followers
I claim no ownership or copyright of any of the images posted which are, unless otherwise noted, were found all over the Internet and are assumed to be in the public domain. If I happen to violate any copyrights you might have, it is unintentional and noncommercial. If you are the owner of rights to a specific image and would like it edited or removed, please contact me. This is not a commercial blog.