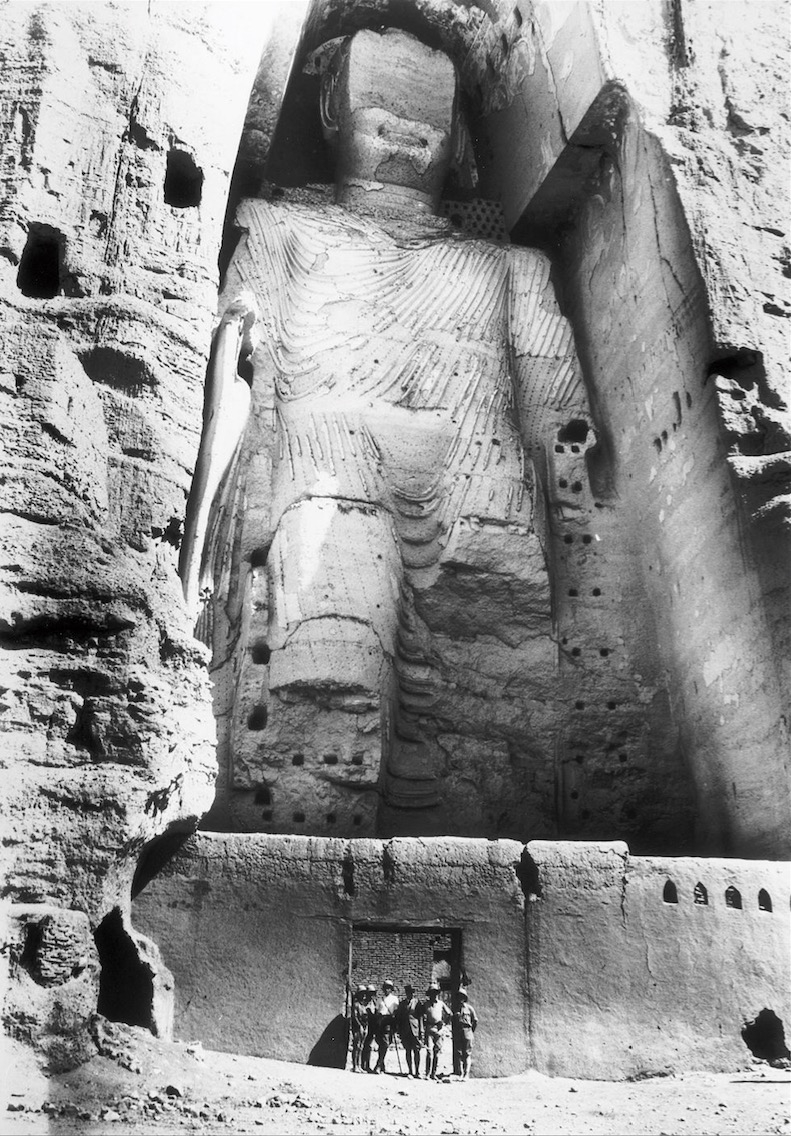 The Kingdom of Bamiyan was a Buddhist state positioned at a strategic location along the trade routes which run through the Hindu Kush mountain region, in central Afghanistan. Those routes for centuries linked China and Central Asia with India and the west. A landscape eroded by the flow of rivers and the passage of glaciers to create valleys dominated by cliffs, of which the almost vertical walls lend themselves to being carved and sculpted. The most impressive one is a 1.5 km long cliff towering above the valley, called the ‘Great Cliff’ which is pierced with approximately 1,000 grottos that were coated and decorated with sculptures and painted murals of scenes inspired by Buddhist iconography. Many statues of Buddha were carved into the sides of cliffs facing Bamiyan city. The two most prominent of these statues were standing Buddhas, measuring 55 and 37 meters high respectively, that were the largest examples of standing Buddha carvings in the world. They were probably erected in the 4th or 5th century. A Chinese pilgrim, Xuanzang who visited the site in 630 AD described Bamiyan as a flourishing Buddhist center with more than ten monasteries and more than a thousand monks. He also noted that both Buddha figures were decorated with gold and fine jewels. The main bodies were carved directly from the sandstone cliffs, but details were modeled in mud mixed with straw, coated with stucco. This coating, practically all of which wore away long ago, was painted to enhance the expressions of the faces, hands, and folds of the robes.

By now the Buddhas of Bamiyan are gone. They were destroyed in March 2001 by the Taliban, on orders from leader Mullah Mohammed Omar, after the Taliban government declared that they were idols. After failing to destroy the 1,500-year-old statues with anti-aircraft and tank fire, the Taliban brought a lorryload of dynamite from Kabul. According to an observer they drilled holes into the torsos of the two statues and then placed dynamite charges inside the holes to blow them up.