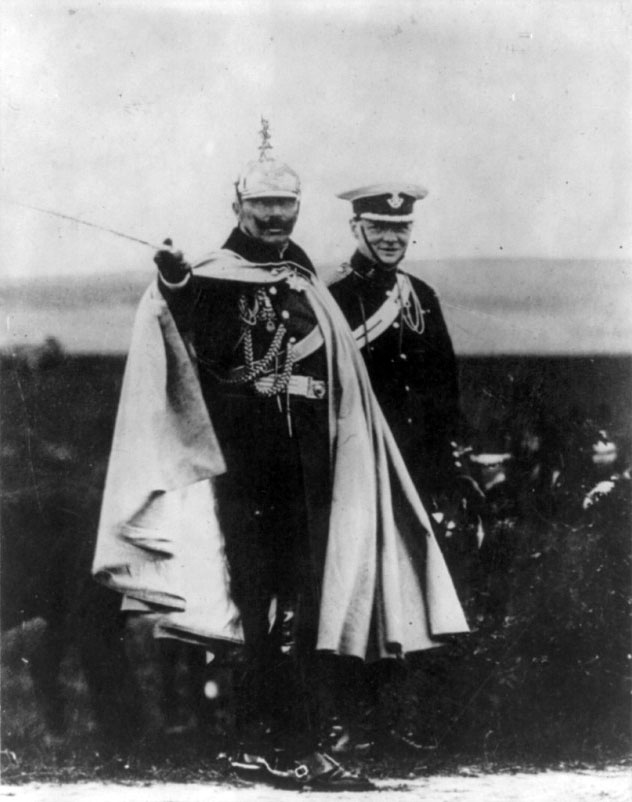 First Lord of the Admiralty Winston Churchill with His Imperial Majesty Kaiser Wilhelm II of Germany reviewing German troops in 1909 near Breslau (Wrocław).

Kaiser Willhelm remarked to Churchill: ‘A fair country this Silesia, well worth fighting for’. Later, in a letter to his cousin the Duke of Marlborough, Churchill warned of a greater crisis than the Balkan wars then taking place: ‘…the European situation is far from safe, & anything might happen. It only needs a little ill will or bad faith on the part of a great power to precipitate a far greater conflict.’